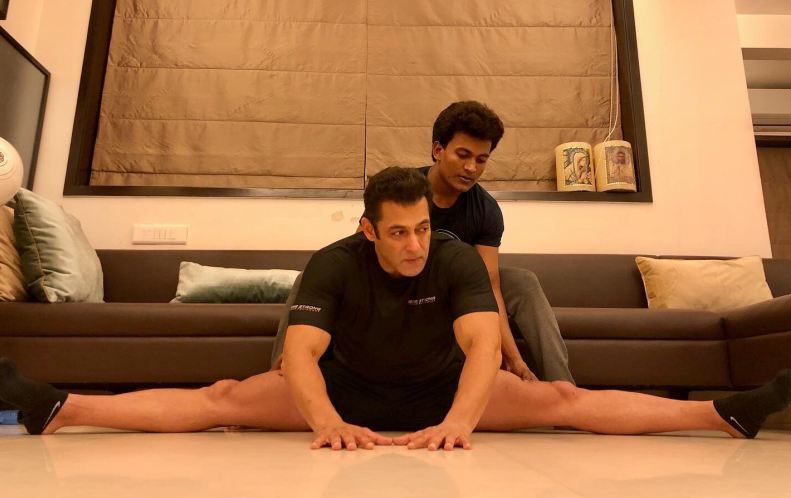 Mumbai (WhatsApp- 9372086563). Despite decades and decades of stardom in Bollywood, superstar Salman Khan is extremely down to earth and loves learning says celebrity action trainer Rakesh Yadav. He met Salman during the shoot of his film Sultan and has been training him personally since then. Even during Dabangg 3 Salman continued training . “He was shooting for the movie Sultan in Andheri, Mumbai. There was an action sequence that was to be shot but Salman sir was not getting it right. There was a friend of mine who asked me to come there. He introduced me to Salman sir. I showed some of my martial arts techniques to him. He was very impressed with that. From that point, I started his training,” he says.
He adds, “I was gone there with the purpose of teaching him and there was no issue in that, he was very humble and eager to learn. On the first day, it was very difficult, I was very nervous but after a few days, it was amazing.”
Rakesh says that Salman’s energy is palpable and motivating. “He is a very hardworking person, he never gives up attitude is so inspiring. He starts with cardio for two hours. Then we do some kicks. Whenever I have gone to train him, I  have never seen him sitting idle,” he says. Rakesh Yadav has also given personal training to Daisy Shah, Tiger Shroff, Jacquline Fernandes, Disha Patni and Aalia Bhatt.

Sharad Malhotra to go to Indonesia!