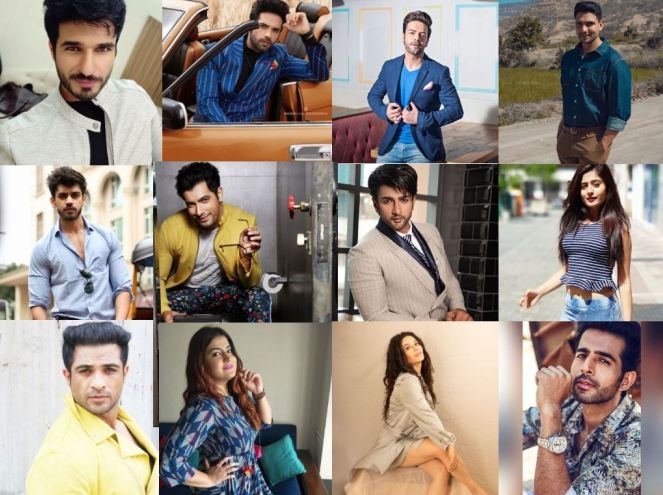 Mumbai (WhatsApp- 9372086563). Halloween is here! This is what your favourite TV actors are going dressed as!

Ssharad Malhotra: I would like to dress up as Batman because I like the darkness. The concept of Halloween is fun, the party gets a different flavour. People are dressed up in different get-ups and that makes the evening visually appealing.

Mohammad Nazim: I don’t attend many parties but I have heard of Halloween parties where people are dressed to terrify. If I had to dress up for a Halloween party, I would choose Superman because he has dreams, vision and intelligence.

Vaishali Takkar: I’d like to dress up as Anabelle because superheroes are too mainstream. And Annabelle is one of the most deadly ghosts, And I love to scare people sometimes.

Mreenal Deshraj: I would love to dress up like Anabelle because for a change I want to scare everybody around me. Enough of that cute and hot image, I want to come out and scare each and every person. It will be fun. Last year I went to a Halloween party but I was looking cute, not scary at all.

Subuhi Joshi: I’d like to dress up as “Maleficent” on Halloween. I really like the movie and its second part has recently come so it’d be amazing to dress up like her. Those dark lips, those black horns, it’d be totally spooky. Also, I love Angelina Jolie, so dressing up as one of her characters would be awesome.

Puneett Chouksey: I would like to dress up as Batman as he is a human being who develops his own strength and works for the betterment of the society without revealing himself. If every human being starts thinking as Batman then I think no one would see any joker around.

Ankit Bathla: I would like to dress up as Ravana just adding an Indian touch to the festival. And I honestly respect him for this knowledge barring the few mistakes he did that makes him a demon.

Nishant Malkani: I would want to dress up as evil Superman because he’s been my favourite character since childhood. I love the fact that he’s indestructible but the evil version is so much cooler. And because its Halloween I’d stick to the dark side of my favourite superhero.

Avinash Mishra: I would want to dress up as joker because I’m in love with the character of JOKER. It’s psycho, dangerous and so dramatic. Although he was the villain we love him as a hero.

Amal Sehrawat: I would like to dress up as joker as I love his philosophy that you become fearless when you have nothing to lose.

Sanjay Gagnani: I would like to dress up as Krish as he is one of our most loved Indian superheroes. I love his outfit and the mask especially. I feel the outfit will really suit me, so it will be Krish this year.

Manuj Nagpal: I would like to dress as jocker because it’s just released and I love the character. He is living two different characters at a time and he is fun and funny, for the outer world and sad in his personal life. His personal life also becomes fun for people, which is sad, so the message is that we should not make fun of anybody’s profession, be human by showing your character.

Soniya Kaur…. My brothers are really important to me!