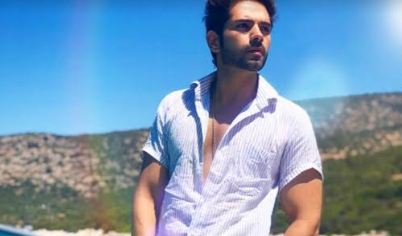 Mumbai (WhatsApp- 9372086563). This World Tourism Day, actor Ankit Bathla, who plays the role of Arjun in Paramavtar Shri Krishna, says that travelling means the world to him. “For me, travelling is life. I think it’s the most important thing that one should do. Each and every person should travel because it opens up a huge array of things in your life. It also makes you a better person as you become more aware. And when you see people in different countries and different places, you get to learn so much which widens your horizon. I am a frequent traveller. I take at least two international trips and two domestic trips in a year,” he says.

He adds, “I would rather save money on clothes and cars or luxuries and spend it on my travel because that’s what is what I really love doing. I try and pick up a destination which is not really been explored as yet, which is not really common. And I really love to go to different destinations every year because I really want to go and explore the mindsets of the people and the culture of the people of that city or the country.”

The actor also makes sure his family travels. “I try and take my mom out for travel every year. We go on her birthday, which is in June and we are done exploring so many countries now as every year we go. With her, I make sure the trip is comfortable as I want her to be comfortable and enjoy herself,” he says.

Ankit likes to travel alone too. “I did a solo trip for a year to the UK and it was one of the best experiences of my life because as an individual when you travel, there is so much scope to interact with others because for a month you’re travelling and you have no choice but to talk to different people and different residents and tourists,” he says.

The actor has no qualms spending money on these trips as long as it is worth it. “Travel is my biggest luxury. I do spend a lot on travel. For example, you can go to Burj Khalifa, you know, to see the Dubai skyline, but I actually went to a restaurant in Burj Khalifa, one of the highest restaurants, and enjoyed the skyline from there. It was a little expensive but that’s what I love to spend on,” he says.

As a remembrance for himself, he makes sure to save his travelling documents. “Here’s a very interesting thing. I save all my boarding passes. I have my boarding passes of flights and the tickets for the train and the bus travel that I do in different parts of the world. I would love to make an installation of it one day and put it up for display because I’m really proud of the places that I’ve travelled to,” he says.

Where next? “I’m so excited to travel to my next destination which is Egypt. I really want to travel to the Nile and explore the pyramids because that’s what their culture is all about,” he says.

Ira Sone on doing bold scenes in web series: If Radhika Apte, Bhumi Pednekar can do it, why can’t I?

Mou Das…. India is the best country in the world!