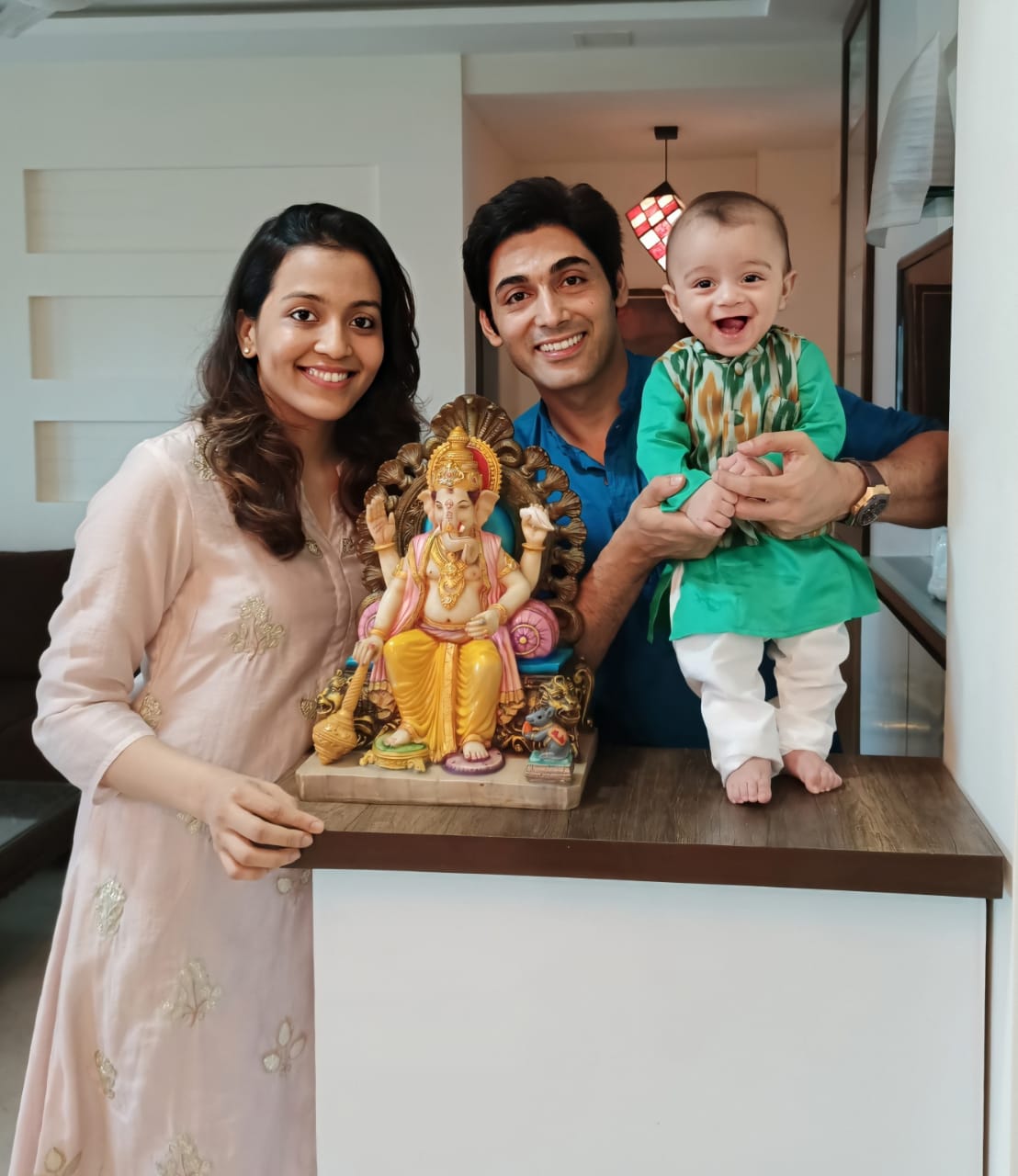 Ruslaan Mumtaz and his wife Nirali Mehta welcomed their baby boy, Rayaan, in March this year. The actor says he was well prepared for fatherhood except diaper changing. But after an incident, he is quite comfortable in doing that too.
Talking about his fatherhood experience, he said, “It’s been good. I have been giving him baths and massages every day. Suddenly now I have to start shooting, so my wife has to do that too. I miss those moments, but whenever I get an off, I do that. I work for three-four days and then I get a day off so, that one day makes up for all those three-four days that I am not there. He is too small to miss me now. But when I come home and I talk to him, he has a big smile on his face. He is excited. So, it’s a good feeling.

But when asked him about the stuff that people don’t talk about like sleepless nights and the dreadful diaper changing. He shared a funny incident that made him perfectly ok with the later too. “Luckily, we had hired somebody to help us in these three months. So we used that time to learn everything about taking care of a baby. The day those three months ended and she left. It was the first night Nirali and I had kept Rayaan with us alone. At night he was awake and crying so we couldn’t sleep. The next morning Nirali was exhausted, so she slept and he was with me. And I had told Nirali that I will do everything except diaper changing. Because I thought that was something best avoided,” Ruslaan Mumtaz laughed.

He continued with a chuckle, “But the first morning he was alone with me, he decided to dirty his diaper, and I was the only one there, so I had to clean him. So, I think if you can do it once, you can do it again. And he was laughing throughout the time I was cleaning him. He was finding it so entertaining that it made it fun. I think I am ready for diaper changing also now. The “Tere Sang” actor was recently seen in Rajan Shahi’s hit show “Yeh Rishtey Hain Pyaar Ke”. He admits that though he was initially a little scared of going out to work because of his baby. He did not want to miss the golden opportunity of working with the producer.

“I had decided that I will not take up any work until this Coronavirus goes. And I had not been auditioning or giving look test for any show. But Rajan ji’s show came to me from an older look test that I had done for him. And the opportunity was too good to refuse. Getting a Rajan Shahi show on Star Plus, so I just couldn’t say no to it. I was scared of going out, and I felt it’s time to look after your family. But golden opportunities do not come again. And if I had said no to it. I would be just sitting at home, regretting and hoping that I had done it. So, I think my decision has been right. I am thrilled that I was able to balance being at home and working in current times,” Ruslaan concluded.