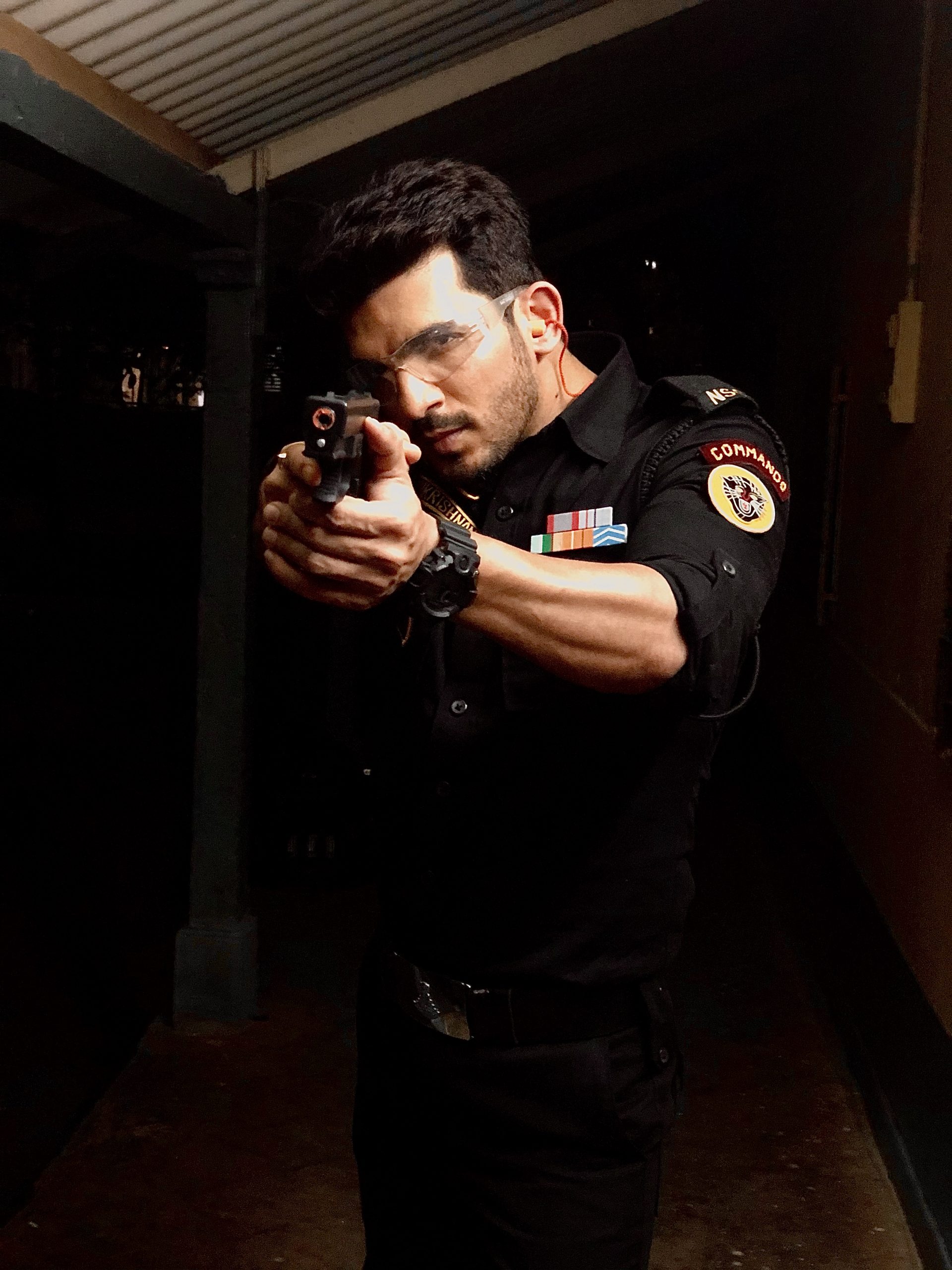 For his first web series “State of Siege: 26/11”, Arjun Bijlani got into the shoes of Major Sandeep Unnikrishnan, a NSG Commando, and played the character of Major Nikhil Manikrishnan. He says a sense of patriotism kicks in once you wear the uniform and adds that it gets you in a different mode. “State of Siege: 26/11”, which premiered on ZEE5 Original, gives a detailed account of the terror attack in Mumbai that happened on November 26, 2008. The show is based on Sandeep Unnithan’s book “Black Tornado: The Three Sieges of Mumbai 26/11” and was directed by Matthew Leutwyler.

Arjun said, “When you wear that uniform, it gets you into a different mode altogether. You automatically start feeling a sense of responsibility towards your nation and that feeling of patriotism kicks in. We all are patriotic but to wear that uniform, it is a feeling of inner strength, responsibility, and there is that whole aura about the uniform which you feel.” “There is a one-shot sequence for which I rehearsed for 13-14 hours, so it was an amazing feeling. And these people do this every day, and I was so exhausted, by the end of the day,” he added.

When asked how he prepared for the role, he said, “Fitness was one thing, I lost a lot of weight to look like a Commando. Then there was weapon training which I took from Lt Col (Retd.) Sandeep Sen, there was mental training as well, because Commandos need to be mentally very strong. Lt Col (Retd) Sandeep Sen told us how important it is to be mentally fit because one wrong move and you could lose your life. So, you need to be alert at all times.”

“How you need to move, how you need to walk, what is the feeling when you are going for a mission, and you know you are going out there and you may lose your life. So, we took a lot of mental, and physical training, and I was on for the show. Even while shooting he was always there to guide us and to tell us how that movement was when it actually happened in real-time. So that really helped us get through the series,” he added. Talking about his equation with the director, Arjun Bijlani said that they got along really well and mentioned that his words encouraged and motivated him to work harder even in his future projects.

“Matthew and I got along really well. And in fact he used to tell me that Arjun I really love it when you are on the set because you exactly understand my instruction, you know what I want from you and you deliver it, and if I have to make any changes you understand that as well. And that’s what an actor and director relationship should be. We used to go out for lunch. We never had any arguments, we sailed through so beautifully, and in fact, we even became friends after that,” he said. The promotions of “State of Siege: 26/11” were cancelled due to the nationwide lockdown, but the actor says they had faith in the show because it beautifully captured the 60-hour siege that happened.

“We were supposed to travel to five cities, it all got cancelled. We were just hoping that since everyone was at home during the lockdown, people would watch it through word of mouth. But we didn’t know it would be loved so much that it was actually the most-watched web series at one point. And for years to come, this show will always be there, and people are going to relive what happened on 26/11 through this show because it beautifully captures the 60-hour siege that happened from all angles,” Arjun Bijlani signed off.