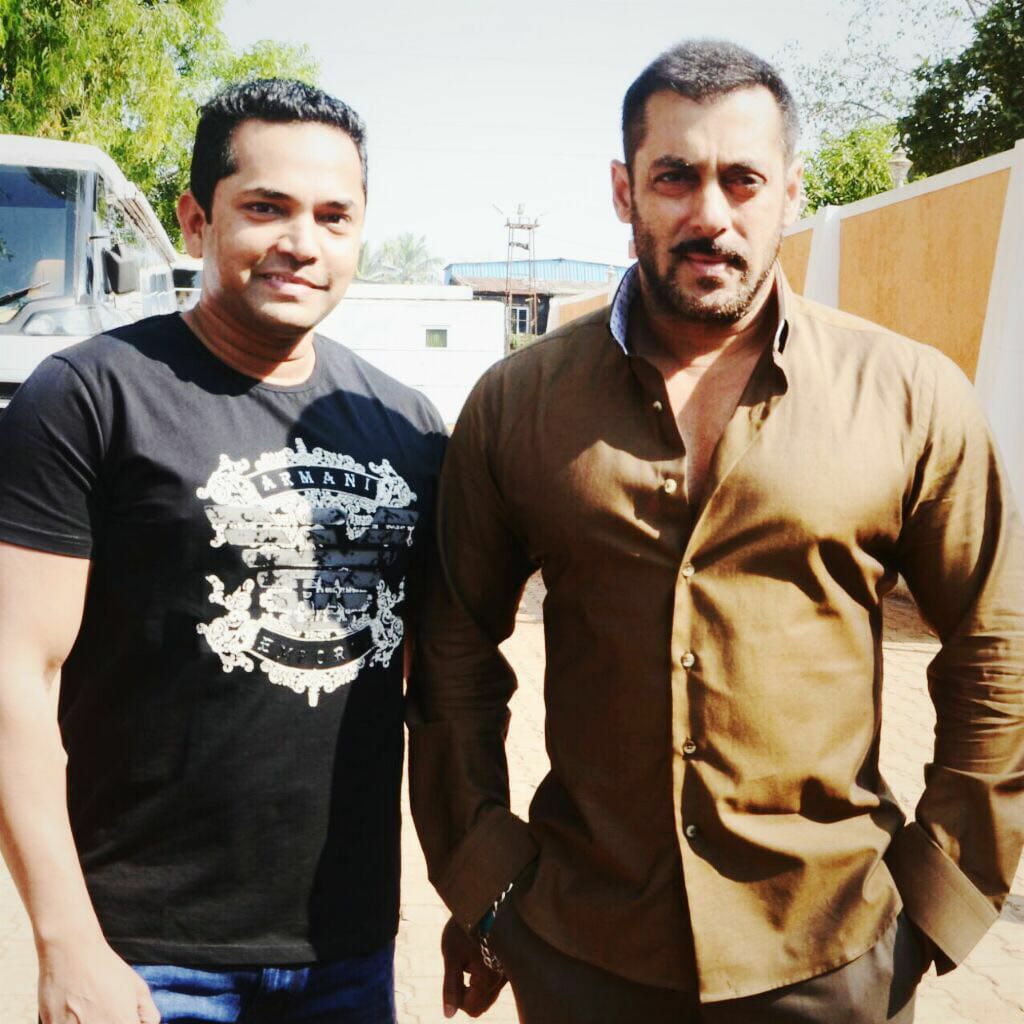 When we think of a movie, the first thing that comes to our mind is the actors, then the director and the more curious ones even try to know the producers, but that’s about it. Somehow, We are in a way oblivious to the behind-the-camera people. Making a movie is not an easy task, and everyone contributes equally to get the best possible result. Shaukat Sheikh is one such behind-the-camera person. A line producer by profession, he owns Fisherman Films, a line production company.

He is already famous among the bigwigs of B’Town, and has efficiently handled the outdoor shoots of many big-budget films, TV shows, and ad films. Shaukat says he started when he was just 21. With a mere income of Rs. 1,000 per day, he now charges Rs. 40,000 for a 12-hour shoot and he promises the best.

“I was 21. A film producer used to live near my society and he asked me for some help with shooting his film ‘Bachelor’, they needed some help in Lonavala, so, I got the required permission, and that was it. Then they shared my number with some other team, and they called me saying that they need local support and asked for my help. They said that they will pay Rs. 1000 rupees per day. When it all began, it was fun being on the set, I enjoyed watching the shoots. The work increased with each passing day because at that time there were no co-ordinators in Lonavala or Pune.” He Said.

“Although, There was so much corruption within the teams themselves at that time. But, I was just doing it for fun. I used to deal with the producers and never believed in conversing with a middleman. Some guys used to work for me, they learned the business from me and started their own. Sadly, what they did was, they started bribing the managers. This thought divided people, but whenever they face any problem, they contact me,” he shared.

“Recently, I got the shooting of ‘Betaal’ done, it was produced by Red Chillies Entertainment. And Juhi Chawla’s brother Bobby Chawla was a very good friend of mine. Once Shahrukh Khan was supposed to shoot for Hyundai and I got it done at the Balewadi Stadium, Pune. Bobby was so impressed by my work that he became a good friend of mine. I met Raj Babbar ji when he was shooting for his film ‘Haseena’, and he was super impressed by my work. Even today I am in touch with him and his family. I got some shooting done for ‘Welcome’ too. From Sanjay Leela Bhansali to Ajay Devgn and Anees Bazmee, I know most of the big names of Bollywood and they know me too. Sonu Sood is a good friend of mine and so is Himesh Reshammiya. Farhan Khan too is a very dear friend,” he added.

However, Shaukat feels that though the government has issued a list of shooting guidelines due to the COVID outbreak, he feels people are still hesitant in resuming shoot.

“There are people who know me and my work, but there are still some who don’t know. With this, I want to tell them that they can come and shoot in Lonavala, Vai, and Konkan region, as it’s safer to shoot in these places where there are very few or no COVID cases. We have drafted a very strict SOP to ensure the total safety of the entire cast and crew while carrying out these shoots,” Shaukat Sheikh said.

In a career spanning over 16 years, Shaukat says he has a lot of memorable experiences and is difficult to pick one. But asked him to share the most memorable yet the most difficult shooting experience, he laughed and said, “Probably, The most difficult and memorable was I think S. Shankar’s film ‘Sivaji…The Boss’. There was a train sequence that scene was shot in Lonavala and for that, we had to block an entire track. Getting permission to block the track was a hassle and we got it for only two hours. But it took more time and the director said ‘I don’t know, I want this scene to be perfect, do whatever you can.’ I was so stressed. Eventually, I used all my contacts to get an extension, but as they say, all’s well that ends well, it came out perfect.”

Read about unexplored to shooting spots of Rajasthan the previous features of Bollywood Bazar Guide.

Spiritual leader Amiben Modi urges everyone to take care of the environment: I’m a strong believer of planting trees and saving water