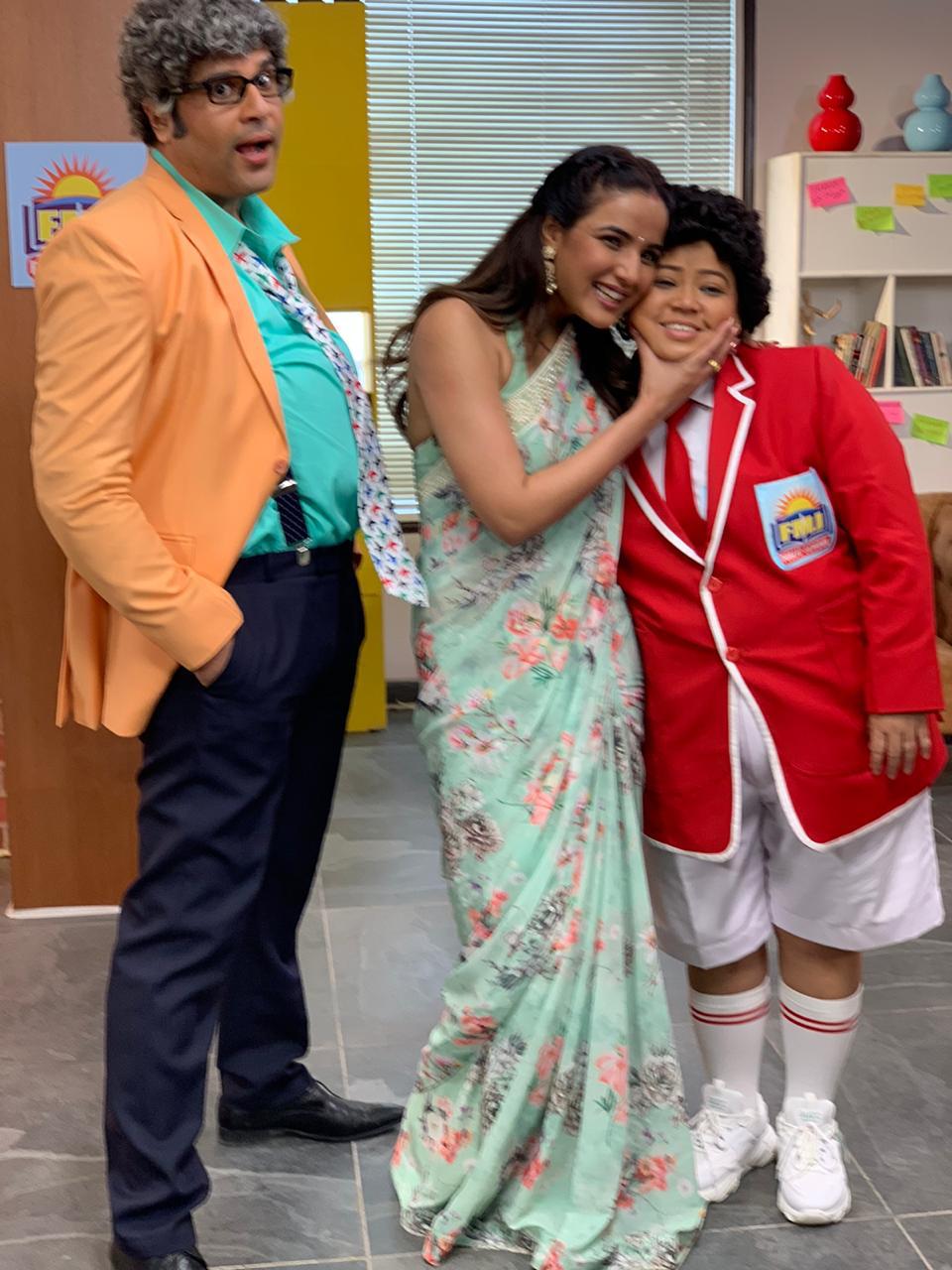 Jasmin Bhasin, last seen in Naagin 4, will soon be back on television with a comedy show. The actress will tickle your funny bone on Bharti Singh and Haarsh Limbachiyaa’s upcoming show Funhit Mein Jaari. The shooting of the show has begun. Jasmin has worked with Bharti-Harsh in the past during Khatra Khatra Khatra. The beautiful actress has been seen wearing a saree on set and she is looking ravishing.

When asked, she says,”It’s good to be back with a show like this. I have worked with Harsh and Bharti before and they are extremely talented people. We are playing different characters in this show. Interestingly, I am playing Bharti’s mom in the show. Fictional comedy is new to me, I have done non-fiction comedy before. Gags for 2-3 minutes are fun and it’s a learning experience.” She is playing Bharti’s mom and Krushna Abhishek is the school principal. Surely, Their looks only make you smile. Jasmin Bhasin was last seen in Naagin.