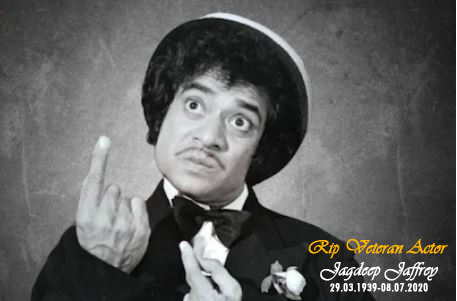 It has been a difficult year for Bollywood, as the industry loses yet another star, a veteran actor and comedian Jagdeep Jaffrey. He passed away at the age of 81 on 8th of July 2020 in Mumbai.

He did more than 400 films, gained popularity by his character name “Soorma Bhopali” from film Sholay because of his brilliant comic timings and acting craft. Jagadeep has left a legacy for the entire generation to look upon.

As a tribute to the veteran actor, we bring the lesser known realities of Jagdeep Jaffrey.

May his soul rest in Peace!!