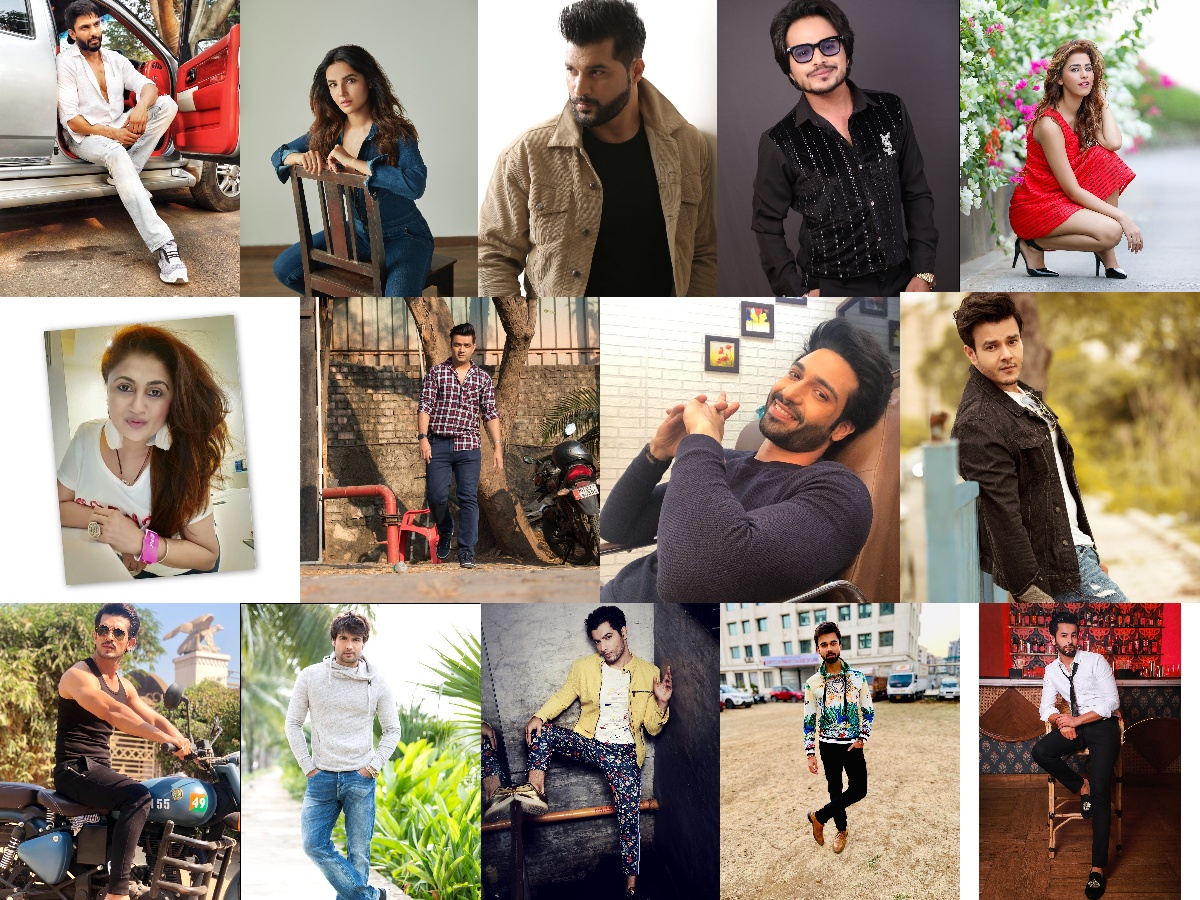 Mumbai (WhatsApp- 9372086563). World Day Against Child Labour, It was launched to create awareness about the hardships of child labourers worldwide. As per data released by UNICEF in 2017, in India, at least 12 percent of children are engaged in some sort of child labour. Celebs feel that making education free for children and creating awareness about the consequences of child labour can help in banning it. We got some celebrities on-board to talk about their views on World Day Against Child Labour and how they think it can be stopped, here’s what they had to say….

Kettan Singh: I am strongly against child labour. Children should not be allowed to work in Dhabas or at home. Society and the government should take strict action against the people who employ children as a worker.

Vijayendra Kumeria: It’s sad that proper labour laws according to international standards are not implemented in our country. Poor labourers, especially children, are exploited as they have no option and it’s about survival. As individuals, we should discourage it and also spread awareness among people to stop making minors work for them. We need to be vocal about it. Actors and influencers can do their bit to spread the message. Individuals, NGOs, and the government should also come together and work on this issue to eradicate it from our society.

Aniruddh Dave: I am strongly against child labour and want to do a show where such an issue is raised. I am more into theatre so I get very touchy about such issues. Whenever we go anywhere, be it a dhaba or a tea stall, we can find a Chotu serving tea, coffee, snacks or food in small hotels and motels. Sometimes you feel they are forced to grow up and you feel they are exploited. The solution is that the government should implement stricter labour laws. People who are hiring them should be stopped. If we notice children who are working we should object. As an actor, I feel, we as a fraternity should never hire children as household help.

Sharad Malhotra: Poverty is the source of this evil and needs to be dealt with first. In my opinion, eradicating poverty is the solution for stopping child labour. Because instead of educating their children, people see them as helping hands. Survival is the only thing that leads to child labour. So, in my opinion till the time we don’t get people out of it, there is no solution. There should be some stringent laws.

Avinash Mukherjee: Child labour is prevalent in India mainly because of two things – low income and lower literacy rate – these two are the major factors. What we can do from end is to not encourage it. It will take a long time but we can do our bit by not entertaining any child labour in any restaurant, petrol pump, or in any government or public place or anywhere they are working. Even beggars, when you see them offer them food or job if you have a business. Once we make them believe that they can also do something, which they are not able to do right now, and bring some positivity in their life that’s the most special thing anyone can do.

Vivian Dsena: We see children begging on-road and many people end up by giving them money that should not be done as their parents send them to beg and we shouldn’t encourage them by giving money. There should be an awareness campaign for uneducated people in highlighting that child labour should be stopped as they are doing wrong by making their children work.

Shashank Vyas: Child labour is a crime and it shouldn’t be encouraged. Underprivileged children should be introduced to education not to child labour if we notice anyone employing a child we should report to the police. It is our moral responsibility to stop child labour and stop our friends at least from employing children at home as servants.

Amal Sehrawat: India is of the people, for the people, by the people. Child labour is a day to remind us that we should stop it, you should not kill the childhood of the children by making them work.

Jhanvi Sethi: It really saddens my heart each time I speak on this topic of child labour. The number in India stands at about 10 million as per the 2011 census. This deprives the child of its dignity really early on. It takes away the right to schooling and prevents these little ones from experiencing a balanced childhood along with their physical and mental well being harmed. My only thinking on this is that we need to bring about awareness at the rural level where parents push children into working early on. The reasons are always economic but the damage done is lifelong. I wish a lot more governmental support was rendered to this cause. And we all need to play our part too by not employing child labour and discouraging everyone around from employing them.

Moin Sabri: India is a diverse country where child labour is a deep-rooted problem. The main cause for this evil is poverty which forces a family to pressurise and push their children to work for a living. We might have often come across tea shops or grocery stores, where young kids would be running errands, at that time we must talk to the shop owner and try to persuade him for not employing young kids. Child labour is a cruel crime in India and to fight against it we all have to come together as one. There are several NGO’S rapidly working on this mission to give a child, a life full of opportunities to fulfil their dreams. I think to stop child labour, firstly we must educate their parents and secondly government should take certain initiatives to help the underprivileged kids by providing them education free of cost. After all, children are meant to work on their dreams by learning, educating themselves and not by earning.

Jasmin Bhasin: To ban child labour, I think we as a community should work together to discourage it. First of all, I think people should not employ kids at all, even if it is for the smallest thing possible. And secondly, I think the “Chotu” concept should be removed. You know, when you go to a small dhaba, you will always find a small boy, called Chotu, running around. If we do this, we will be on our way to win this battle.

Arjun Bijlani: You know why people still think sons are the best, because they can go out and earn for them. It’s easier to send their son out, right? So the day they come into this world, they become another earning member of the family. Once we are able to change that mindset, I think we will be able to ban child labour entirely.

Vikas Sethi: Child labour is a term you might have heard about in news or movies. It refers to a crime where children are forced to work from a very early age. It is like expecting kids to perform responsibilities like working and fending for themselves. There are certain policies which have put restrictions and limitations on children working. The government needs to take strong action in this regard. Furthermore, we need to keep the parents in the loop to teach them the importance of education. If we make education free and people aware, we will be able to educate more and more children who won’t have to do child labour. Moreover, making people aware of the harmful consequences of child labour is a must. In short, the government and people must come together. Employment opportunities must be given to people in abundance so they can earn their livelihood instead of putting their kids to work. The children are the future of our country, we cannot expect them to maintain the economic conditions of their families instead of having a normal childhood. Besides, family control measures must also be taken. This will reduce the family’s burden so when you have lesser mouths to feed, the parents will be enough to work for them, instead of the children. Every family must be promised a minimum income by the government to survive.

Aaira Dwivedi: 12 June known as World Day Against Child Labour. Child labour has been the most important concern in the world because it affects the children both mentally and physically. Every child is considered a gift of God, they must be nurtured with care and affection with the family and society. Say no to child labour and yes to quality education.

The Sky is Blue! or Himansh’s adventurous side!

Aditya: I am glad to have represented India at Cannes!