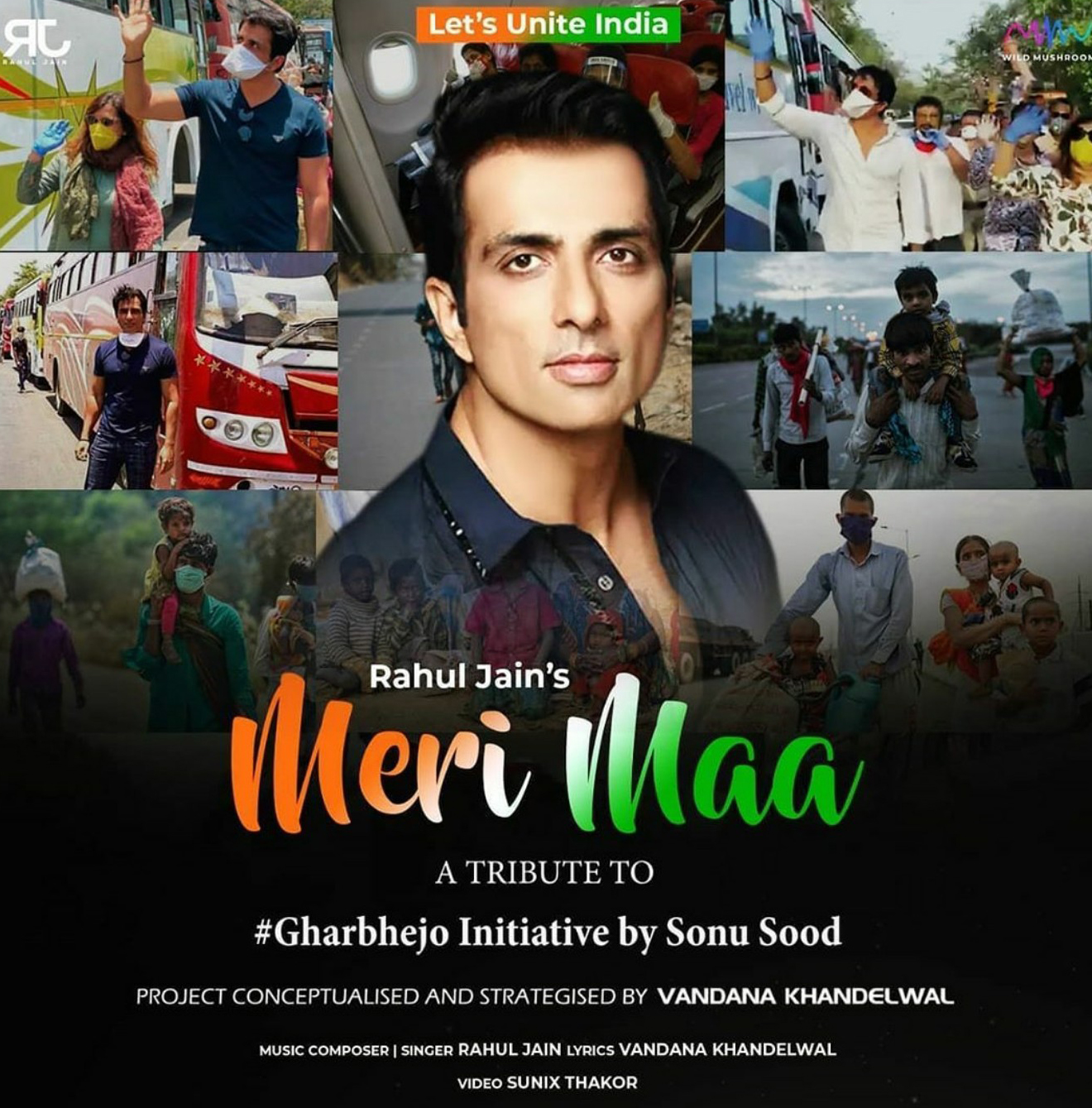 Mumbai (WhatsApp- 9372086563). Sonu Sood has been lauded nationwide for helping thousands of migrant labourers return home during the COVID-19 pandemic. And today, a song will be released as a mark of appreciation for his efforts. Titled ‘Meri Maa’, it has been sung and composed by Rahul Jain and written by Vandana Khandelwal.
The video will feature glimpses of the actor’s journey over the recent months, and how he turned into a real-life hero for many. Talking about getting Sonu on board, Vandana says, “I am inspired by how he has reunited so many families during this crisis. The song is a way of showing respect to him and his entire team, who have selflessly come forward to help the needy. I am glad that he agreed to be a part of it.”
In a conversation with Rahul Jain, he talked about the collaboration with Sonu Sood,”When I saw Sonu Sood is doing such a good deed and individually helping so many people to reach home in different cities and efforts like these deserve recognition. And I heard a lot of stories about so many people waiting for their loved ones and I thought there should be a song to give a tribute to it and that it should match the parameter of the work Sonu Sood is doing and I could tell everyone about this initiative”.
Sonu says, “When Vandana and Rahul narrated the idea behind the song, which is about a mother waiting for her son to come back home, it struck a chord with me. I was extremely close to my mother. She is not around anymore, but she has been guiding me throughout these difficult times. She always encouraged me to help others, she is my inspiration. Yeh sab unka hi sikhaya hua hai.”
He adds, “My mother always said, ‘Jab tak zameen se jude rahoge, kaamyaab sahi maayne mein tabhi hoge’. I feel a strong connect with these migrant labourers. They have built our houses and roads. Aaj jab unko zaroorat hai, toh kaise unko road par chhod doon?”Ask him if his family worries about his well-being and he replies, “I promise them every day that I won’t step out of the house. And, I break that promise every day (laughs!).”

Actors tell us about the best advice they got from their moms on the occasion of mothers day….