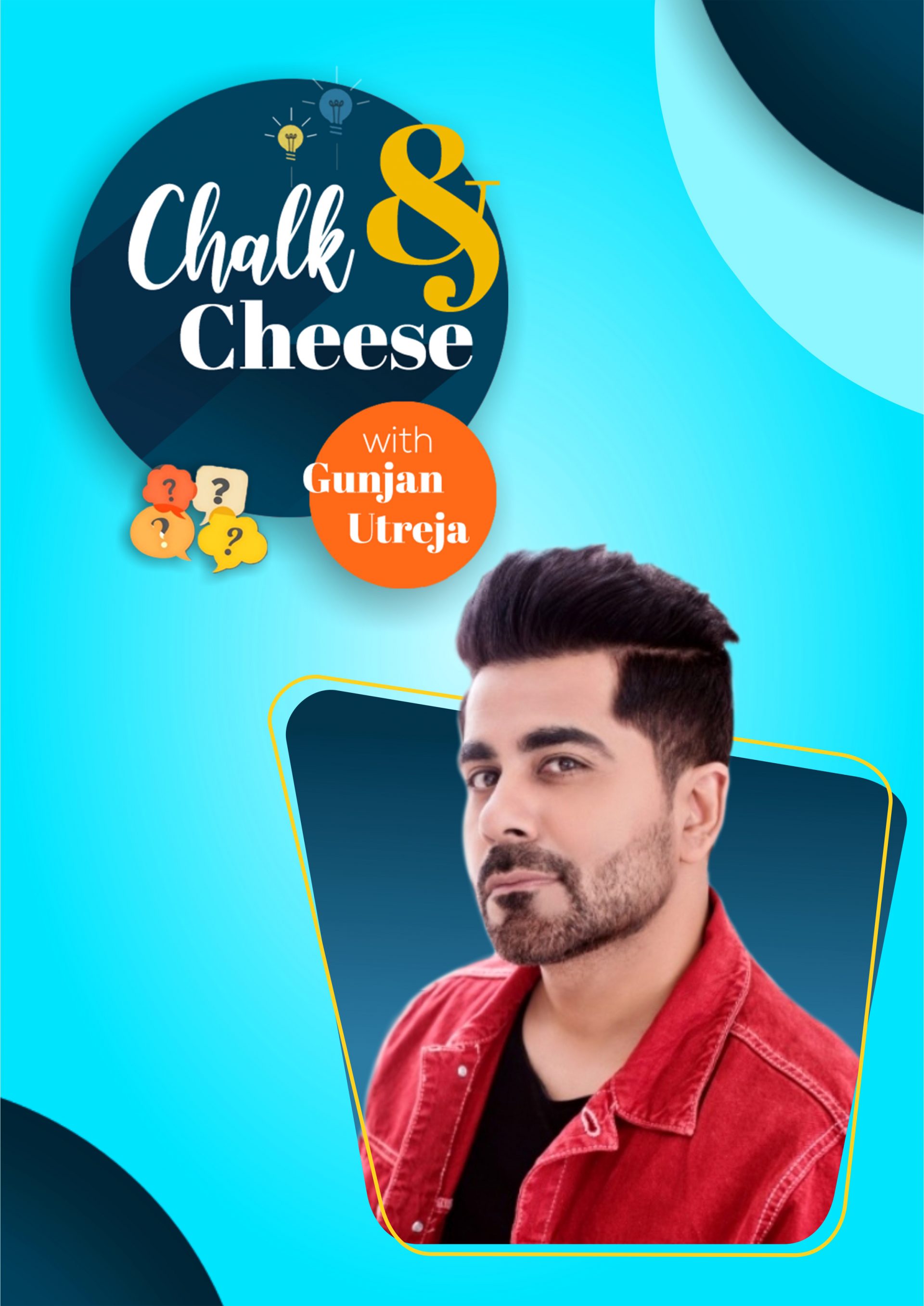 Mumbai (WhatsApp- 9372086563). Gunjan Utreja creates India’s 1st game show featuring celebrity couples during this lockdown; to generate funds for COVID-19 relief.
The show is titled ‘CHALK & CHEESE with Gunjan Utreja’ is out now on JIO TV.
Each episode features celebrity couples; competing against each other in a series of fun, Innovative games hosted by the witty & charming host Gunjan Utreja. The show is conceptualized and produced by Gunjan Utreja. Season 1 will feature celebrities like Aparshakti Khurana & his wife; stand up comic Amit Tandon & his wife, Singer Neeti Mohan & her husband Nihar, to name a few.
Gunjan Utreja is one of the wittiest, creative & sharpest minds in the entertainment business. His Chat show Bubble Baat on ZEE 5 has won him the award for the most innovative chat show of the year. Bubble baat is the most-watched chat show across OTT platforms. The suave anchor has also hosted Radio Mirchi Awards, ZEE Cine Awards, Indian Telly Awards, ‘THE VOICE’ India. Gunjan Utreja says, “As a content creator I have always focused on creating engaging and entertaining shows. Once the news of lockdow was announced; I thought of various ways to contribute to the society and entertain the audience. Thats where the idea of Chalk and Cheese with Gunjan Utreja originate. The biggest challenge was to create a format which hasn’t been done and under these restrictions how to shoot it. Once I cracked the format my team was able to help me in technology to shoot the same within the guidelines under lockdown. We tied up with ‘Jus Like That’ patisserie to raise funds for COVID-19 relief”.
Gunjan is currently hosting Bollywood superstars on his quirky talk show Not Just Supper Stars on ZEE5.

Want to learn how to style like Florian Hurel?

New Film city is better, if…