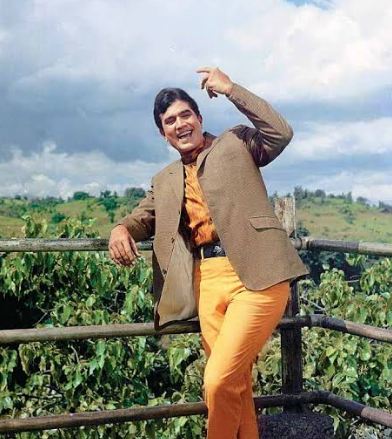 Mumbai (WhatsApp- 9372086563).There are some actors whose work and art get etched in your mind and one such person was actor Rajesh Khanna for actor Sanjay Gandhi. He worked with him in a play and says that he has never seen a more natural actor. “I met him for the first time in 2002, we were supposed to do a play together. Rajesh Khanna was coming back to the stage after 30 or 40 years. My friend introduced me to Kaka Ji ( Rajesh Khanna ) and I was to play the role of a son in the play but unfortunately, the America blast happened and that is the reason the play did not happen. But we were together for 4 months for the play. He is such a terrific actor,” he says.
The actor stayed in touch with the legendary star after that too. “I was constantly in touch with him from 2002 to 2012, until he died. He gave me really good tips which I am following as an actor even today. He taught me how to handle things in a bad phase. He has seen me in that phase when I was not doing anything. He has also has seen me working and being nominated for star Parivar awards. He was so happy on my success. I met him one month before he died, he was very weak at that time. He looked at me and said that there was a time when I didn’t have any work and now, I have come to meet him in a car and a driver. He was so inspiring. I owe my success to him,” he says.
Sanjay says that he will always be in awe of the legend’s work “As an actor, he has done the best of work in the industry. He never used glycerine for an emotional scene in 40 years of his acting career. I saw him during the rehearsal of the play, he used to cry while reading the scene, I mean it is remarkable to connect so much with the story. I am blessed that I have spent a few years with him. He would always tell me, ‘Take your work seriously and the world will take you seriously’,” he says.
The actor says that the late star was always misunderstood by his peers. “He was really misunderstood by many people and they always said that he had too much attitude. He always used to say, ‘A king will always be a king’,” he says.

I have missed Rajjo a lot : Kamna Pathak