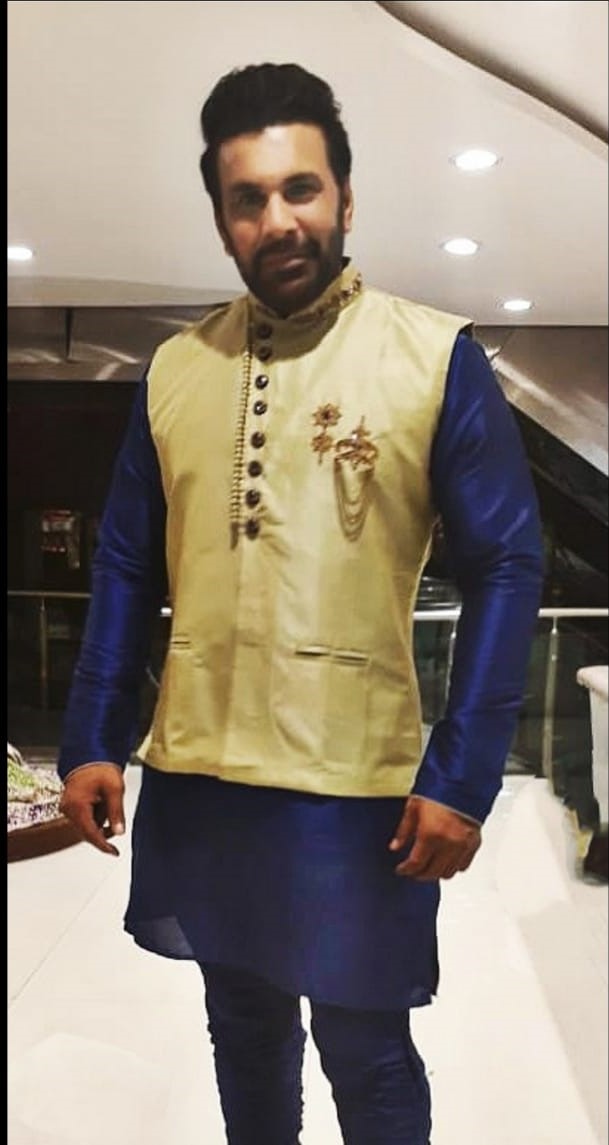 Mumbai (WhatsApp- 9372086563). Actor Vaquar Shaikh, who is part of Mahesh Pandey’s Vidya, loves playing his character of Nanku Singh. The actor says that people are loving his character as well. “My character is fantastic, brilliant and I think people are really enjoying the naughty and negative act of Nanku Singh. I was actually a little confused because I didn’t know how people are going to react since I have not done a negative role before. I am so glad that the character is so well written and I am putting in my best and people are liking it. I have got an outstanding response to Nanku Singh,” he says.

He adds, “I am so thankful Mahesh Pandey for considering for this role. I am enjoying my character, Nanku Singh.”

The actor is very different from his character in real life. “All actors want to play roles which are different from how they are. You can be a superman, superhero or you can be super-rich. When you get to be somebody that you are not, it’s a fantasy. As actors, we are privileged to play the roles of people who are different from us. I am not a villain as a guy. Playing Nanku Singh gives me a big kick as I get to be mean, powerful and evil and I think being evil is quite fun,” he says.
The actor loves working with Anshu Srivastav. “I have never met her before this show and not only Anshu but the entire family of Nanku Singh is very sweet. They take my suggestions before they act and we all laugh so much on the set,” he says.

Vaquar has been part of the industry for two decades now and says that it has changed a great deal. “Technically speaking, the industry has completely changed because the medium keeps changing every six to seven months. Every piece of equipment has changed like the camera, lights and many more. Content-wise also, many things have changed. There was a time when people used to show aggressive women. Now, it is very well balanced because now women play many shades. 80 percent of television belongs to women because the primary audience is also women,” he says.

Fight against Corona (covid 19) Use full tips By Manuj Nagpal

Mickey is bigger than many artists in this industry and I do respect him very much: Florian Hurel