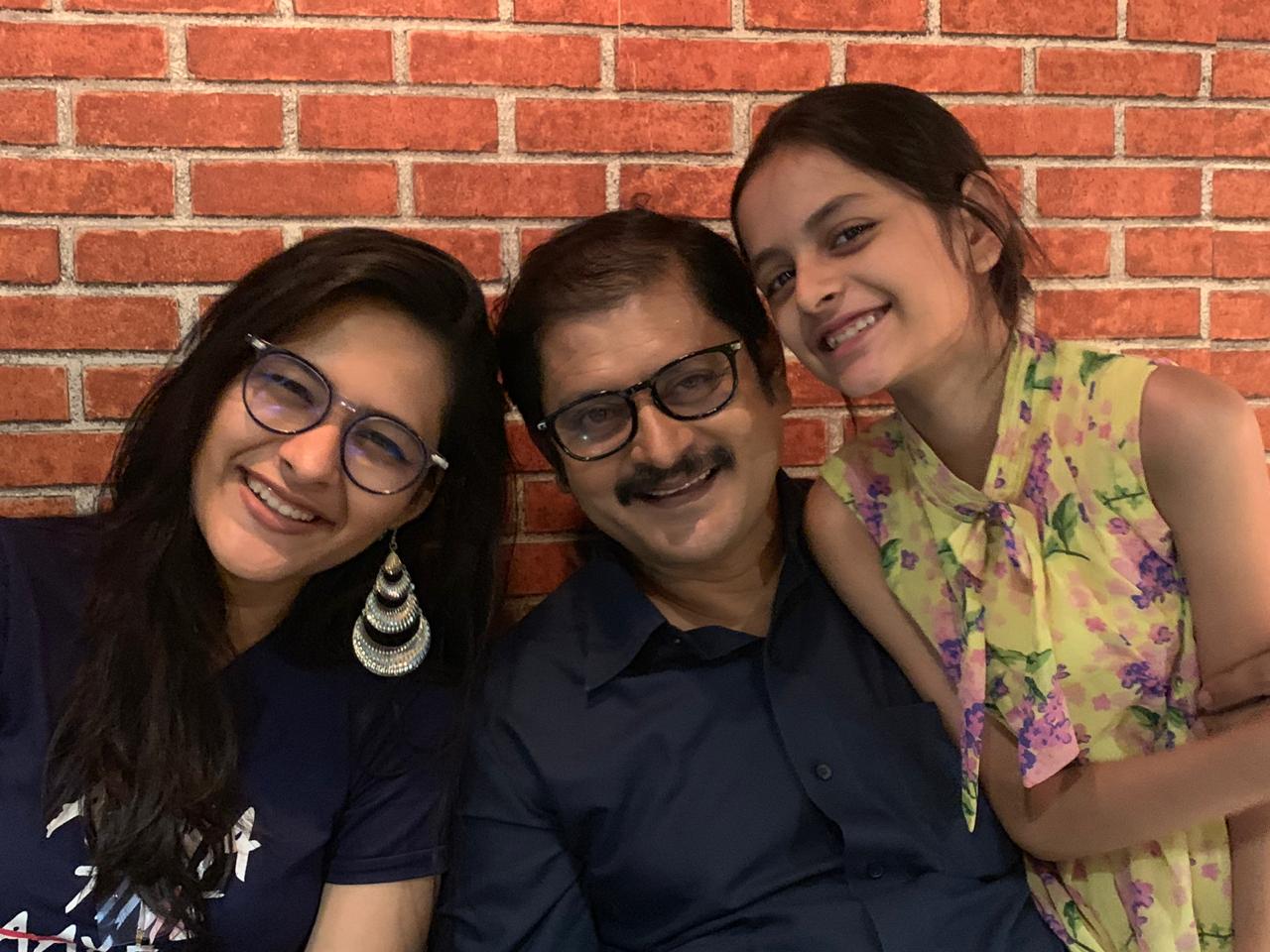 Mumbai (WhatsApp- 9372086563). Actor Rohitashv Gaur who is popular for his portrayal of Manmohan Tiwari in the comedy series Bhabiji Ghar Par Hai is a lucky man. He and his wife Rekha Gaur have two beautiful daughters — Giti and Sanjiti – who are nothing short of angels in their lives. Speaking about them Rohitashv says,”Since the time my daughters came into my life, the world changed for me. I used to stay in a 180 sq ft small room and later when my elder daughter was born and I directly shifted to a 2BHK flat, I had no idea how to get the funds. Their presence in our lives, changed our destiny. That’s the reason I think daughters are great and I always wanted to have a daughter. Silly it may sound, but I felt that if I had a boy then there would be an ego issue with me! But if daughters come, they will take care of us. Even now they are taking care of me. If I misplace something than they immediately find it out and remind me. I sometimes feel I have two Godesses around me.”
Speaking about his dreams about them, he says, ”My dream for them is to be kind and do everything they want to achieve in life. I want that there should not be presence of any negative people in their life. Tshould have a good sense of what is right and what is wrong. People take advantage of a girl’s innocence so I think that they need to build a sense to separate the good from bad. They should not be dependent on anyone and take their own life’s decision.”
At the end Rohitashv adds,”There is a saying in Hindi Ladki Paraya Dhan Hoti Hai that is true and at the same time it scares me with a feeling that one day they will leave me and will be going on their own. But that is how life it is, it’s a ritual. Life is beautiful with my daughters.”

The Gold Awards are here!