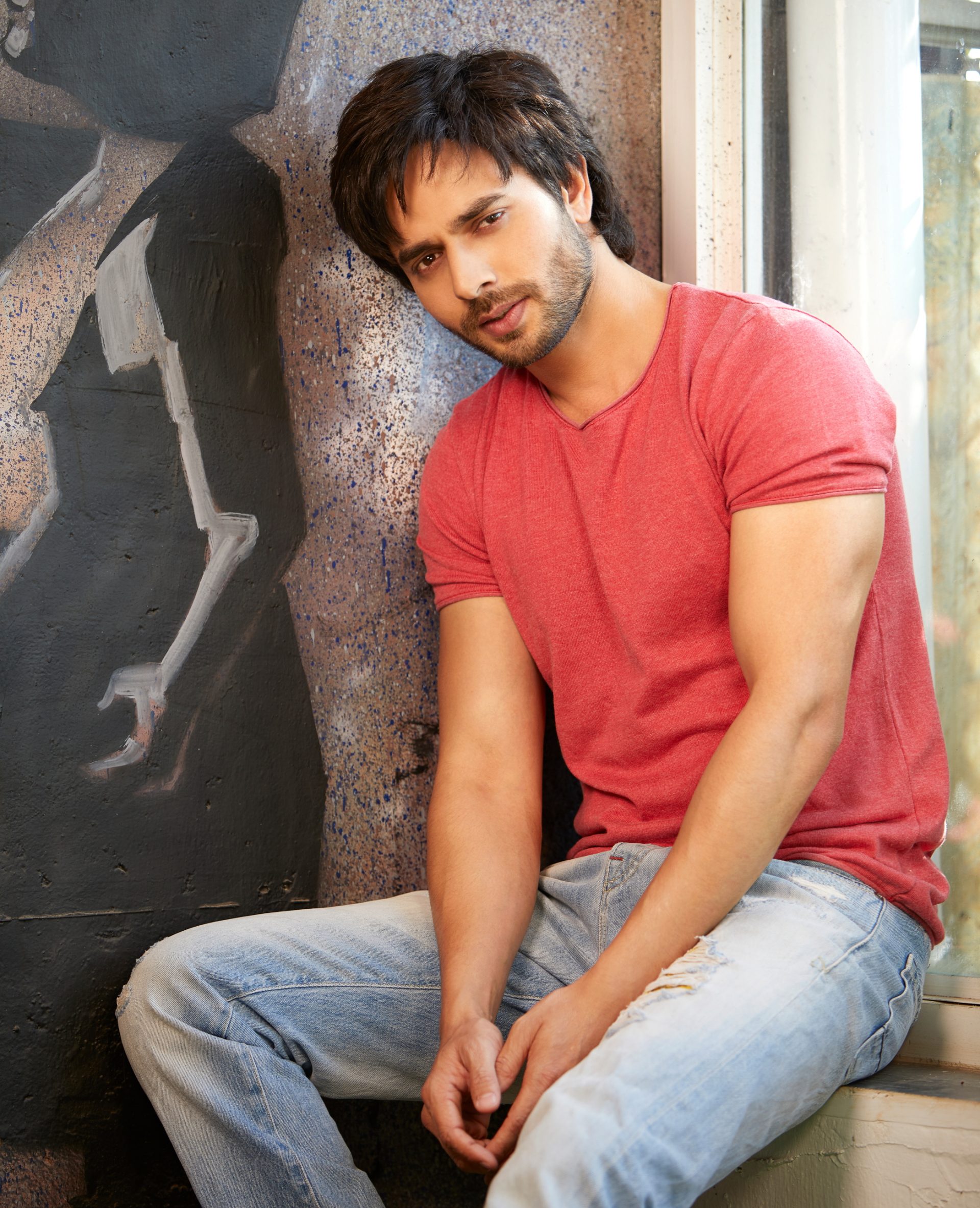 Mumbai (WhatsApp- 9372086563). The last few years have been harrowing for actor Ansh Bagri. The Delhi boy has been grappling with personal losses one after the other. He has seen death from close quarters but he says he has never let his personal problems and grief come in the way of his profession. While he had already lost his father and two sisters, the recent death of his brother has shaken him up completely. Talking about it he says, “I got a call and they told me that my brother has fainted, so I told them to take him to the clinic. The doctor informed it was a heart attack. My brother was 39. I told my mother to take him to a good hospital and not worry about the money. He was then taken to another hospital and was kept on a ventilator. I took a flight to Delhi. But the next day he got a heart attack and his blood pressure was going awry. As we all know these days some doctors want to just make money and sometimes our situations are such that we have no option but to pay up. We can only hope that the patient would get better but it didn’t happen and my brother passed away.”
Grief is no stranger to Ansh as he remembers how his two sisters and father died and left vacuum in his life forever.My mother has been strong through all this. It was a low phase of my life. Here I was, wanting to give my family the happiness they deserved but that was not to be.” Ansh was always conscious of the fact that he needed to work hard for his family. The adversities in his life had taught him that.  “When I was 11 or 12, my sister got operated for the first time. I used to see my sister in pain and looking at her, I would feel my body burning. That sensation I felt never went away and I could not even tell anyone about it. I would try to be happy with my friends around me. I would try to take their happy, positive energy and forget about my pain. The lesson I learnt then was either one can continue to be miserable or move forward.” And he chose the latter. At 14, he started working despite how he was feeling. He would hope things would get better but they never did. As he grew in life, the people in his life started going away. “I came to Mumbai when my dad passed away. My mum told me to go and follow my dreams as we anyway had nothing more to lose. She said she will take care of the family. I started giving auditions, did some ads but then I had to run to Delhi again because of my sister’s health. She wanted a mattress to sleep on. I had earned a little money so I thought of getting an AC for her. Meanwhile, she had become a bag of bones. I can still see that moment when I saw her in Delhi looking very weak and frail. The next morning, she passed away. Fortunately, she had seen some of my work like Jhalak Dikkhla Jaa, Zara Nach Ke Dikha and some of my TV commercials. My dad could not see my work. He asked me if I wanted to be an actor and I used to keep quiet because I wanted to directly show my work to him. He was a big fan of Amitabh Bachchan. When I was with Shiamak Davar’s troupe, I had done a song ‘Phir milenge chalte chalte’ with Shah Rukh Khan in Rab Ne Bana Di Jodi. I was a back dancer but my dad told everyone that ‘Anshu’ is on TV! I never really could tell him that I wanted to become an actor. My sister could watch me in Jhalak but then she passed away in 2010. After her death, my other sister who was married could not conceive but later we got to know that her kidney had failed too. In 2017, she too passed away and my brother passed away recently.
He further says, ” In 2013-14 one of the big directors of bollywood was going to launch me. He saw a commercial of mine with Kareena Kapoor and everything was set. He was giving me 20 lakh for that film so I had thought I would spend half of it on my sister’s operation and some amount on buying a house for my mom. I waited for two years but that project never happened but I never begged for anything because I believe in God even though I have lost four of my family members. Your family is who you live for. You wish for their happiness.  I had so many dreams that I wanted to fulfill for my father. Now I am doing everything but I don’t have him to see it. On July 30, I spoke to my brother and he told me that he had to sell his scooter because he had taken money from someone and had to return it. I told him to sell it and that he could take my bike. But on August 1 he passed away. Sometimes I feel angry and curse God though I know everything happens for good but I feel frustrated.”
Ansh says his parents were hardworking and that probably makes him value hard work. “ The only thing that haunts me today is the happiness that I have lost with the deaths of my loved ones. Now, when I went to Delhi for my brother’s funeral, I was looking at my house and thinking who should I build a house for? Whenever I go to Delhi now, painful memories come rushing back. My mom and sister are in Delhi now. They refuse to come down to stay with me. I do have plans of bringing them both and my dog to Mumbai.”

The actor rues the fact that he never got to finish his studies. “I was in Class 8 when my dad took ill and after that, I quit studies and never went back. I had started working very young. Even when I lost my father and sisters, I would go for auditions and attend work meetings. I never used my personal losses as excuses to shun work. My personal life is a different thing but I have always been loyal to my professional life. I came to Mumbai with five thousand rupees that I had taken from a friend. God always has different plans. When he gives you something, he takes something away from you. The one thing that bothers me is when I needed the money the most for my father and sisters’ treatments, I didn’t have any and today when I have it, they are not around. That hurts! The film that was supposed to star me never happened. I waited for two years but the director told me it’s not happening. I would do workshops with him but I never told him I had financial issues. I relied only on my hard work. No one cares here what you are going through. I ended up living in my car for 25 days because I had no place to stay. Whatever finances I had had drained up.” When Ansh bagged the show Dil Toh Happy Hai Ji he felt his days were looking up and now he could finally look after his family but his brother’s loss shattered him completely. “He was six years elder to me and with him going away, I was totally lost,” he says, adding, “I have learnt that everyone is going to die one day. Life is unpredictable but this is how it is. I keep myself happy thinking that at least I had siblings and for some years, atleast, I could spend time with them and make memories. It’s all about perspective. I feel one day I will meet them all.” Acting, he says, helps him to keep his sanity and the only thing that keeps him detached. “Now I don’t desire things. I just want to work and live life peacefully and make my life meaningful and better. Whenever I am unhappy, I run towards work. I have my mom and sister to think about and see what I can do for them. I am sharing this so that people are inspired by my story and don’t lose hope or heart. I have a lot of regrets in life, so whoever I meet I tell them that don’t wait for tomorrow, do it or tell it right away. I think whatever happens in life take it positively and I am thankful to God that he let me have a great time with my siblings, there was a possibility that I could have been an only child but I had them!” he signs off with a smile.

Vikas Verma is the lead in Main Zaroor Aaunga!

Shivangi Joshi, Aditya Khurana and Asifa Haque in a short film for Cannes!

Rahul Jain’s back to give us goosebumps with sad version of Bepannah title after winning our hearts with the rock...