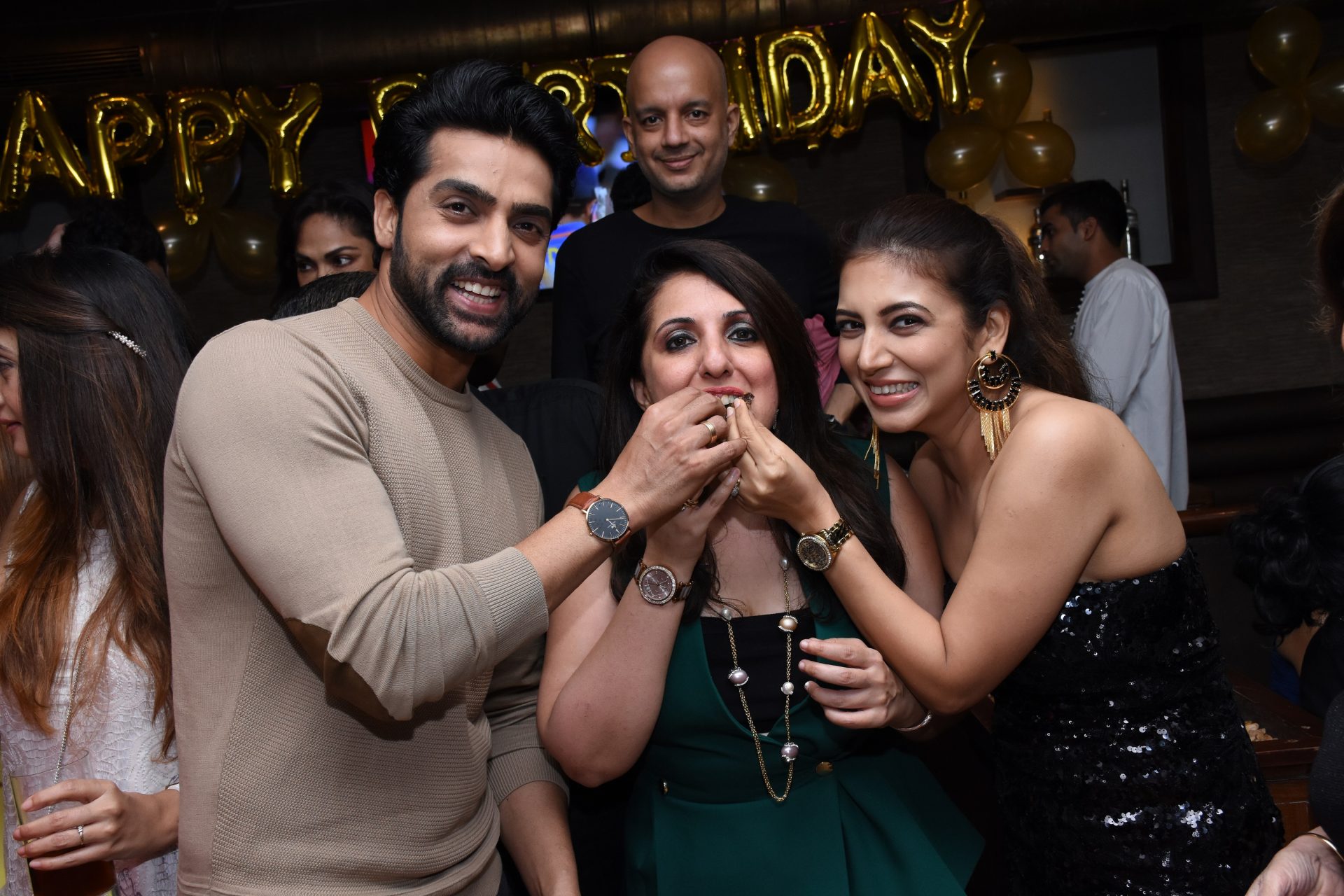 Mumbai (WhatsApp- 9372086563). Trust actress-celebrity tarot card reader Munisha Khatwani to throw the best parties! She recently turned a year older and celebrated the day with her close friends from the TV industry.
In fact, she was in for quite a surprise! Her beau Sameer Thakur proposed her by going down on his knees. Of course, where there is love, there will be a chocolate! A huge chocolate cake was cut by the birthday girl. Munisha says,” This birthday was special as Sameer planned the entire bash. I was so overwhelmed when Sameer went down on his knees and proposed to me. It was a special moment. We also danced for the first time as a couple. He dedicated some special Bollywood numbers to me. We are planning to get engaged soon ans I cannot be happier.”
Munisha has been consistent in her friendships, which is why so many of her friends made extra efforts to make it. Although actor Ssharad Malhotra was shooting the entire day, he made sure to join the celebrations. Others who were at the party included Delnaaz Irani and Percy, Mazhar Sayed and Mauli Ganguly, Manasi Verma, Manish Goel with wife Poonam Narula, Juhi Parmar, Rati Pandey, Ruslaan Mumtaz and his wife Nirali,Debina Banerjee with her hubby Gurmeet Chaudhary and Karan Mehra with Nisha Rawal.
Her other friends Vikaas Kalantri, Romanch Mehta, Vahbiz Dorabajee, Prachee Shah Pandya,  Nandish Sandhu, Hansaa Singh, Mehul Nisaar, Rishina Kandhari and Adhvik Mahajan and his wife Neha Mahajan attended the party.

Producer Mou finally gets a Ganpati to her Mumbai home!