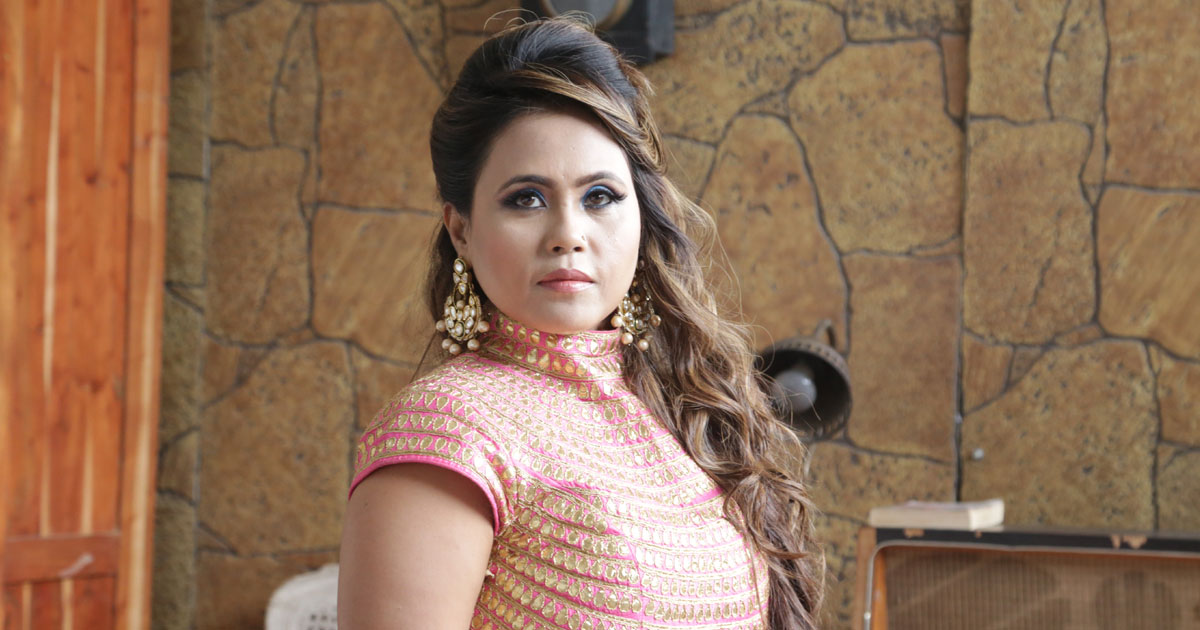 Working for three years at Standard Chartered Bank and later joining the Social Welfare Department, singer and producer Manndakini Bora left a well-settled government job as she always felt that her life lacked something. It was her love for music which made her realise that she needed to change her career and take up something in the same field. Talking about this strong step, she says, “I was always passionate about singing. I left the government service within a year as it never interested me as my mind was only focussed on music from day to night. Music is oxygen for me. I was never at peace in at work and so I thought why not I get into music? You should do that work which makes you happy. So, I left everything and I have given my whole life to music.”

Talking about her journey, she says, “Music is in my soul. My journey with music started with my birthplace Assam, from Jorhat district. I learned classical music from my dada Ji. He was my guru and he studied classical music from Lucknow’s Bhatknande University. I started singing for Assamese movies and have sung for lots of famous folk albums.”

She adds, “ In 2001 there was a voice-off competition hosted in Assam where Filmmaker Kalpana Lajmi was the chief guest. They required a singer for a beautiful song for Suman Kalyanpur. I won and received a lifetime award from Kalpana Ji and at that time it was a big thing for me. Also, I have sung the Assamese version for the song Dil Boom Boom Kare from the movie Rudaali. Slowly and steadily, I picked up the pace and came to Kolkatta to learn from my guru Sangita Banerjee.”

The singer has a list of renowned projects which she has been part of. “I also have sung 4-5 Bhajan for T series. My recent album, Kanha- Kanha has also been released by T series. Zee Music has also released 5-6 solo songs sung by me. I have done around 10-15 albums on my own of which some songs are directed by Manan Bharadwaj and for some songs, Javed Hussain Ji was the music director. I have also sung for Saheb, Biwi Aur Gangster 3 with Arjit Singh, Karim Mohammad and Band of Maharaja. I sang Nainabawre with Amit Mishra Ji. Recently, I have sung with Javed Ali, who is a living legend and have worked with many big artists like Vinod Rathod, Ankit Tiwari, Hariharan Ji, Shaan,” she says.

Ask her what are her favourite Bollywood numbers, and she says, “My first favourite is Lag Jaa Gale by Lata Mangeshkar Ji. She is my idol and since my childhood, I have grown listening to the songs of Asha Bhosle Ji and Lata Ji. If I would have not heard them then today I wouldn’t have been able to become a singer. When I was 5-years-old, I was a big fan of Lag Jaa Gale and I was able to sing it a little as well. My father was so happy to see that. Recently, I have also done a cover song for Lag Jaa Gale and the song is very close to my heart. Whichever shows I do, I make sure to perform Lag Jaa Gale. The second song which I like the most is Tum Jo Mil Gaye Ho by Mohammad Rafi Ji.”